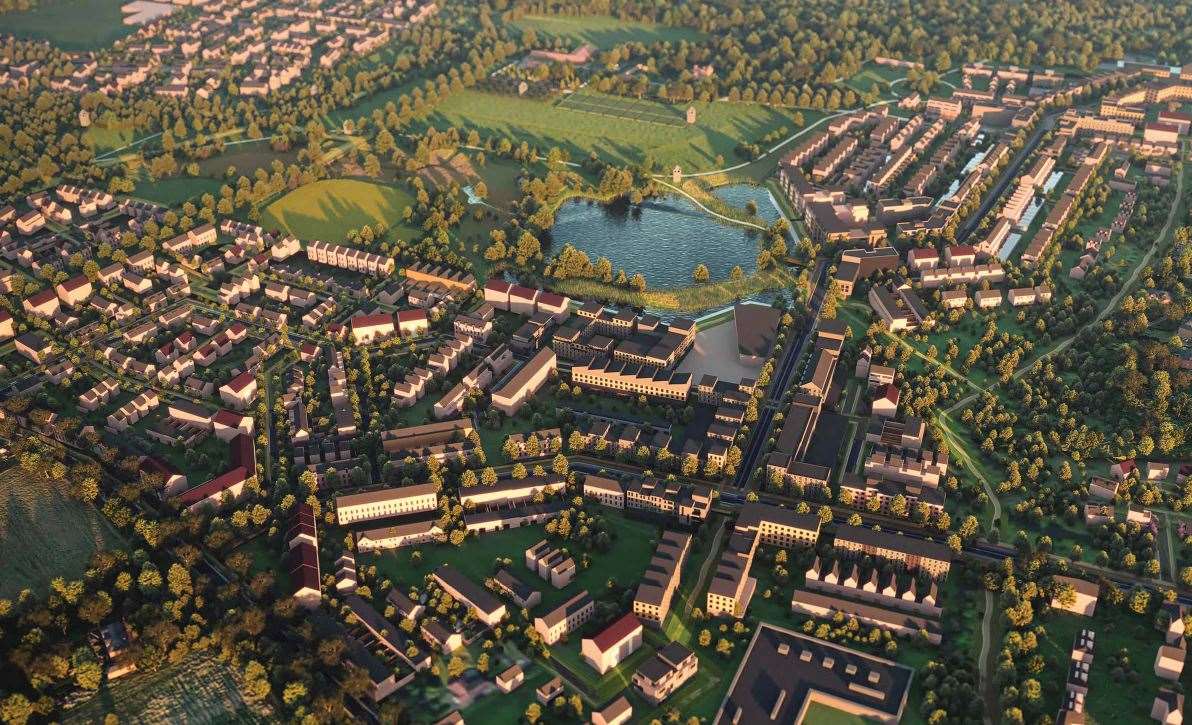 A Garden Town of the Future

Otterpool Park: A Garden Town of the Future

On 11 February 2016 the Government announced its support and funding for Otterpool Park, in response to the Government’s prospectus for Locally Led Garden Cities, Towns and Villages.

In February 2020, Folkestone & Hythe District Council bought out its development partner, owners of the former Folkestone racecourse, enabling it to progress the proposed new garden town as master developer.

In May 2020 approval was granted by the Council for the creation of a new organisation, Otterpool Park LLP, to take the lead in driving forward proposals.

Work has continued at pace. Tibbalds, a planning and urban design consultancy, is preparing detailed plans for phase one – to incorporate the town centre.

It also takes in Westenhanger Castle and a new public park, which together will be an attractive and prestigious selling point for the development.

The proximity of the M20 and Westenhanger Station means the area is already well connected, not only with the rest of the district but also with the capital, the Channel Tunnel and the Port of Dover.

A new design code has been commissioned that will set design principles that all future housing, commercial and public buildings must adhere to.

This will put high quality design at the forefront of all future development proposals. Otterpool Park’s long-term transport vision and Cultural Strategy are also underway.

Otterpool Park will be designed to deliver the overall ambition of a low-car and low-carbon destination by developing an integrated approach to landscape, water, travel and digital planning. New buildings will be designed to minimise energy use and be carbon neutral wherever possible.

This major new settlement, set within a 770ha (1,903acre) site surrounded by countryside, has plans for up to 10,000 homes, up to eight primary schools, two secondary schools, community facilities and employment space delivered in phases over 30 years.

The existing community around the Otterpool Park will have better access to services, and will also benefit from new infrastructure such as new sewerage and roads. There will also be more job opportunities in the local area as a result of the development.

This website uses cookies to improve your experience while you navigate through the website. Out of these, the cookies that are categorized as necessary are stored on your browser as they are essential for the working of basic functionalities of the website. We also use third-party cookies that help us analyze and understand how you use this website. These cookies will be stored in your browser only with your consent. You also have the option to opt-out of these cookies. But opting out of some of these cookies may affect your browsing experience.
Necessary Always Enabled
Necessary cookies are absolutely essential for the website to function properly. This category only includes cookies that ensures basic functionalities and security features of the website. These cookies do not store any personal information.
Functional
Functional cookies help to perform certain functionalities like sharing the content of the website on social media platforms, collect feedbacks, and other third-party features.
Performance
Performance cookies are used to understand and analyze the key performance indexes of the website which helps in delivering a better user experience for the visitors.
Analytics
Analytical cookies are used to understand how visitors interact with the website. These cookies help provide information on metrics the number of visitors, bounce rate, traffic source, etc.
Advertisement
Advertisement cookies are used to provide visitors with relevant ads and marketing campaigns. These cookies track visitors across websites and collect information to provide customized ads.
Others
Other uncategorized cookies are those that are being analyzed and have not been classified into a category as yet.
SAVE & ACCEPT
Powered by